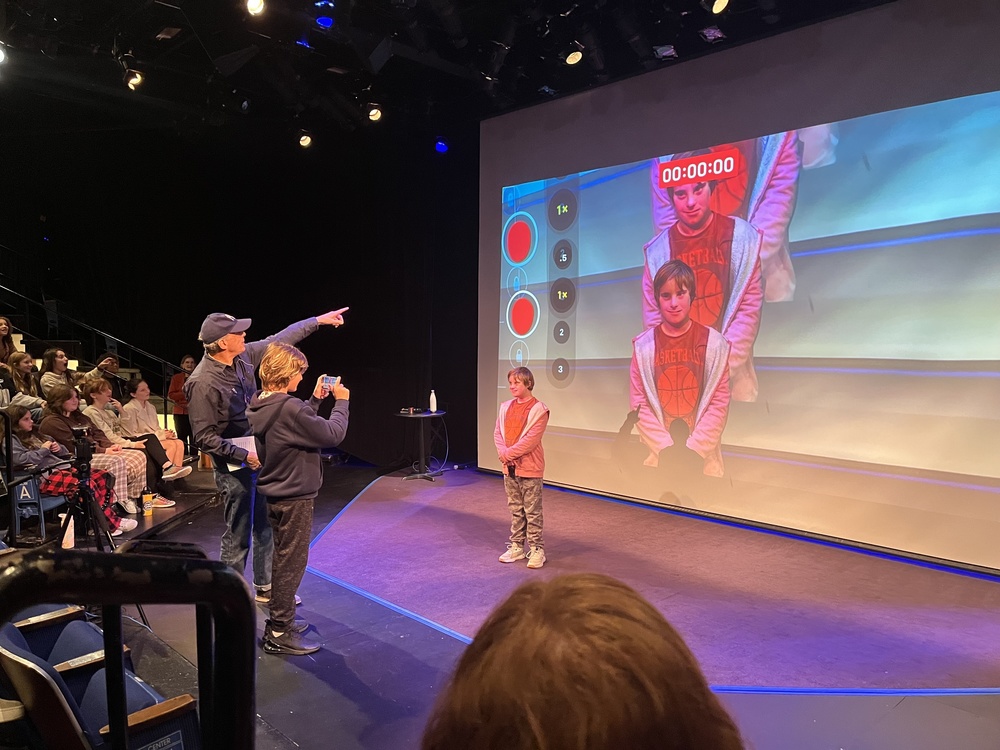 “I really liked that we just weren't sitting there, we got to get up and interact. The documentary about the kids’ journey was really cool too,” said sixth grader, Matthew Dehler.

“Pony Boys” is a 20-minute documentary about freedom, childhood, and adventure that might encourage students to reflect on similarities in their own lives. “I thought it was cool to talk to the man who made the documentary and find out what happened to the boys in the story,” said sixth grader, Cole Baxter.

In this unique experience of learning from an executive producer and the founder of Spy Pond Productions, Mr. Stange, sixth grade ELA, and Science teacher, Eileen Caulfield said, “The students were very enthusiastic and responsive to the presenter. Media is a huge part of our lives, and the Young Voices program demonstrates the educational aspect of the media. The students enjoyed the event and learning about what goes into making a documentary.”