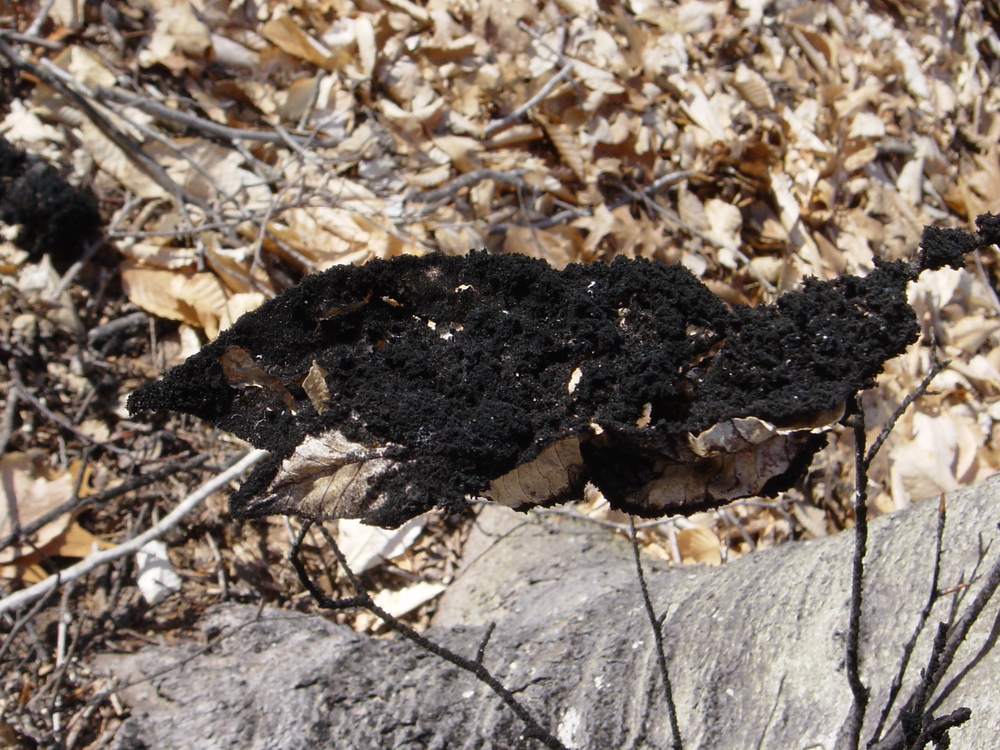 Dr. Robert Schumacher, a teacher at Pierson High School, is proud to announce that through the collaboration with two Pierson teachers and four alumni a new mold compound has been discovered in East Hampton. A paper on this discovery has been published in the peer-reviewed "American Chemical Society, Journal of Natural Products."

The discovery began using a spectrometer, a scientific tool used to separate and measure spectral components of a physical phenomenon. The calculated data was then collected as we well as samples of the sooty mold.

The sooty mold was found growing on beech trees in East Hampton and was collected in October of 2003. The compound within the mold was identified by the Cornell Plan Disease Diagnostic Clinic, Cornell University, Ithaca, NY as Scorias spongiosa.

To extract and purify the compound, a sample of S. spongiosa was covered in methanal for 24 hours. The resulting extract was filtered to remove insoluble debris and the resulting mixture was discovered to display scoriosin-like compounds. Research through a gas phase was also demonstrated.

“Scoriosin (the compound we discovered and characterized) showed potent antimicrobial activity.  More importantly it strongly potentiated the activity of amphotericin B against Cryptococcus neoformans, suggesting the potential utility of this compound in combination therapies for treating cryptococcal infections,” said Dr. Schumacher.

Cryptococcal infections are not common but are at a higher risk for those with HIV and AIDS. People can be infected with C. neoformans after breathing in the microscopic fungus, although it is rare for healthy individuals exposed to the fungi to get sick.

“Presently, cryptococcal infections are treated using a combination of amphotericin B (AMB) and 5-flucytosine (5-FC); both drugs are toxic, and 5-FC is not widely available in developing countries. Thus, new compounds are needed to potentiate AMB activity so that AMB toxicity can be reduced, and 5-FC can be replaced in the AMB + 5-FC combination therapy,” explained Dr. Schumacher.

After 8 years of research, this newly discovered compound could make an impactful difference in the treatment of cryptococcal infections. By pairing scoriosin with AMB, the compound may improve AMB’s fungicidal effects and activity while reducing toxicity.

Ailish Bateman, Andrew Mitchell, Josie Thiele, Samuel Miller are the Pierson Alum that participated in this research. Richard A Schumacher and Robert W Schumacher of Pierson’s Science Department as well as other authors from University of Mississippi and other institutions contributed to the research paper. Robert W Schumacher is the lead author.