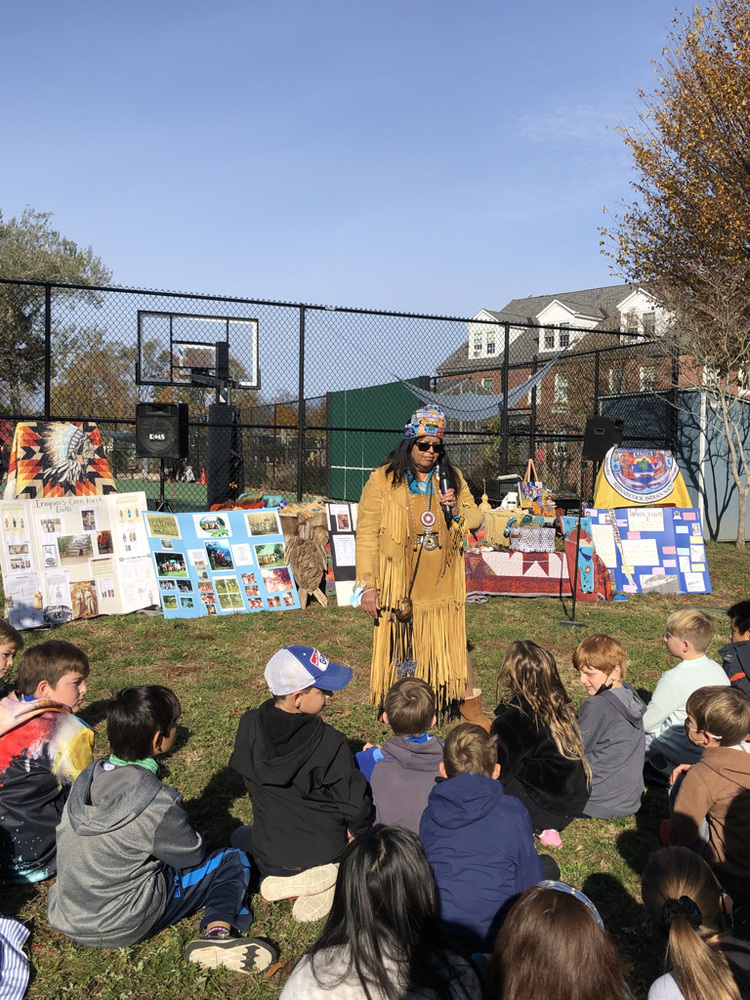 For the third-grade class at Sag Harbor Elementary, their studies of Native American heritage came to life thanks to special guest speaker, Denise Silva-Dennis, of the Shinnecock Indian Nation.

Students were able to see, touch, and dance as Silva-Dennis presented on Native American history and traditions. Silva-Dennis shared artifacts, stories, and songs while the students listened intently before diving into questions, trying on cultural pieces, and holding artifacts.

“Ms. Silva-Dennis brought artifacts that were not only on display, but ones that the students could touch, wear, and hold. Students felt how soft and warm the deer skin was, shook a rattle made from a turtle shell, wore a roach on their head, tried on traditional Regalia, held a talking stick, and played with homemade dolls among other things,” said Julie O'Brien, a third-grade teacher at Sag Harbor Elementary.

O’Brien went on to mention, “The students were intrigued by all the artifacts. Regalia, The Three Sisters, Turtle Island, Talking Stick, Wampum...so many great artifacts were talked about and displayed, but the grand finale of the presentation was the traditional Snake Dance introduced by Ms. Silva-Dennis and performed by the entire third grade.”

As part of the curriculum, third-grade students learn about Native American culture and history. Third-grade teacher, Christopher Kline, explained that the students discussed how Native American people lived off the land as hunters and gatherers and explored the history of the Eastern Woodland tribes that lived on Long Island and the Algonquin Nation that once lived in Sag Harbor. Silva-Dennis’s presentation was able to connect those studies with the rich history of the Shinnecock Nation.

“Ms. Silva-Dennis' presentation was a wonderful opportunity to bring our study of Native Americans to life. Reading and watching videos about Native American traditions is one way to learn about history, but seeing and touching actual artifacts and singing, chanting, and dancing live takes it to another level. The entire third grade was in awe and thrilled to be physically engaged,” said O’Brien.

During a month that recognizes Native American history, the third-grade class at Sag Harbor Elementary were escorted back in time by the historical collections and preservations of the Shinnecock Indian Nation.